(Run these searches quickly before the results get “updated”)

Reddit r/Politics exists to perpetuate America’s Demopublican two-puppet political system: What you see posted on Reddit r/Politics is NOT what was SUBMITTED but what was APPROVED by their censorship system. And what Reddit calls “Karma” is actually a measure of – and psyop pressure for – groupthink conformity:

This is a heads-up reminder that NDAA 2012, SOPA, PIPA, EEA and the accelerated approval of the Keystone XL Pipeline were all thrown at us AFTER 17 September 2011, i.e. “Day One” of Occupy Wall Street and the global Occupy movement.  We must reject or reverse all of these or we lose.  But even if we undo NDAA, stop SOPA, prevent PIPA, eliminate EEA and outlaw the Keystone XL Pipeline, that doesn’t mean we win.  It simply means we’d be right back where we started on 9/17, facing all the same injustices that inspired us to rise up against the corporate fascist elite kleptocracy that has taken over the United States government and through it much of the rest of the world.  In other words…

If we don’t kill NDAA/SOPA/EEA and the Keystone XL Pipeline, they win.  But if we only kill NDAA/SOPA/EEA and the Keystone XL Pipeline, we lose.  To win we must remove corporations and their money from our politics and government then un-rig our voting machines and roll back years of their diabolically patient deception-after-deception, law-by-law, concession-after-concession, degree-by-degree, boiling-the-frog approach to global wealth concentration and world domination.  The starting point is to reverse this timeline:

CYBERACTIVIST ALERT: Emails like this one are being blocked by Network Solutions and other ISPs using Cloudmark Authority and other Internet censorship systems euphemistically referred to as “spam filters”.  Sadly, those who most need to see this warning never will… 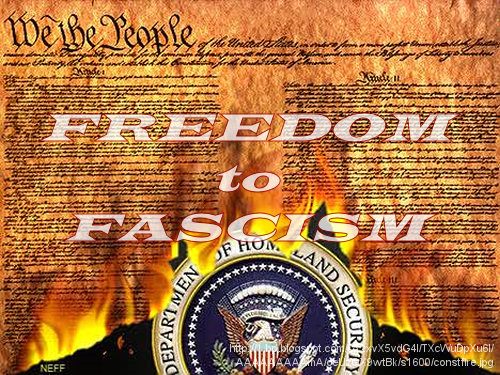 If you had read this first…

…then perhaps you would not have written this:

Let me give you a timeline for the last few years of American history:

Here is what all that means…

FREEDOM: What the United States Constitution and Bill of Rights once guaranteed to all American Citizens.

PNAC: Our wars for oil and profit were planned LONG before 9/11, but an excuse was needed to justify them.

[ Note: This letter was dated January 26 1998 and the last paragraph reads “We urge you to act decisively. If you act now to end the threat of weapons of mass destruction against the U.S. or its allies, you will be acting in the most fundamental national security interests of the country. If we accept a course of weakness and drift, we put our interests and our future at risk.” ]

9/11: The excuse that was needed to sacrifice lives and liberties while corporations raided our treasury.

AUMF: Authorization for Use of Military Force (Public Law 107-40), a “war against terror” carte blanche.

NDAA: The National Defense Authorization Act of 2012, which codifies indefinite detention without trial.

EEA: The proposed Enemy Expatriation Act, under which dissent could result in revocation of citizenship.

FASCISM: Rule by corporate elite we can only reverse by waking up 312 million mostly clueless Americans.